1. Shift the paradigm of white goods

The COTON (HCW-HW1) washing machine weighing just 200 grams is a compact sized washing machine enabling easy washing. It is possible to immediately wash items with spots and stains, removing the stains that stay on precious clothes. COTON is also able to remove stains from items like pleated skirts that are difficult to wash at home. It will be initially released on the AQUA Online Store today（http://www.store-aqua.com/）.

Suit Refresher, employing ozone (air) technology, for washing out odors (Release date: Scheduled for spring 2015)
Using our unique “air wash” technology, we are planning to release a “Suit Refresher” which is able to perform sterile filtration and get rid of odors utilizing air (ozone technology) without requiring any water.
The Suit Refresher can eliminate the smell of cigarette smoke, the odor left on clothes after eating BBQ and the body odor of old people, and perform sterile filtration simply by running it overnight (for 6 to 8 hours). In addition, the product is equipped with a function to impregnate fabric with a nice smell. 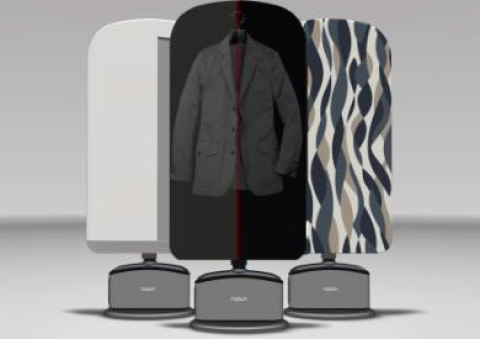 We plan to collaborate with other companies for the design and are considering distribution through a variety of sales channels.

*As of January 14, 2015. Among electrical products with clothes washing functions (washing and rinsing). (Investigation by Haier Asia)

White goods (especially refrigerators and washing machines) are generally said to be owned for a prolonged period from when they are purchased until they are replaced. However, they are not positioned as the user's partner and differentiation of products is mainly achieved through function and price. Haier Asia proposes that white goods should be partners that make customers’ lives more enjoyable. 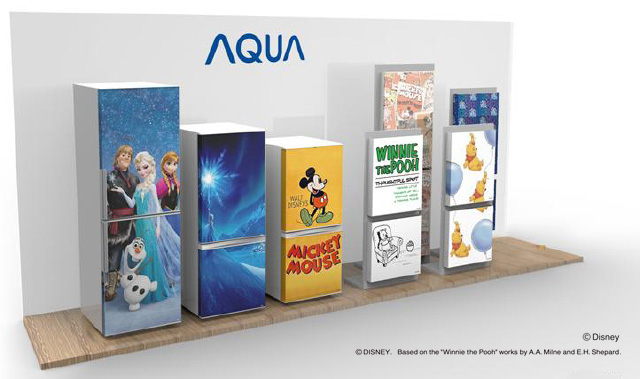 This is a new business model in which Haier Asia’s freezers are provided to offices at no charge and earnings are obtained from the products placed inside the freezers. The service will start being rolled out in offices in central Tokyo. The brands carried include Ben & Jerry's (ice cream), Sunshine Juice (cold-pressed juice) and Saiby (smoothies).

We will expand the business of so-called “digital frames” using liquid crystal displays connected to the network. This is not a business selling the liquid crystal displays themselves, but is a business model in which the price is set as low as possible, and earnings are obtained from the content (images) delivered. This is perfect not only for individual users, but also companies and businesses such as those operating restaurants and hotels that need to revise their interior layout each season. The first wave of content offered will be from “Rock Paper Photo” (http://rockpaperphoto.jp/).

4. Products based on strategic partnership with amadana (Release date: Scheduled from summer 2015)

We are planning to distribute products including 3 refrigerator models, 2 washing machine models and a toaster under the strategic partnership concluded with amadana corp. in June 2014. The products are created under concepts that differ from existing electronic appliances, featuring unique designs and materials not usually employed in electrical appliances. We plan to continue to expand upon the amadana brand products providing new lifestyle suggestions. 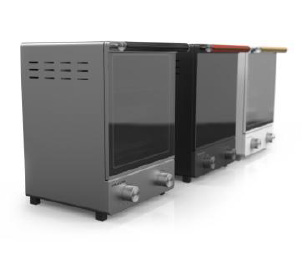 Prototype models under development for future release, such as a refrigerator equipped with a liquid crystal display and a skeleton washing machine were also introduced. 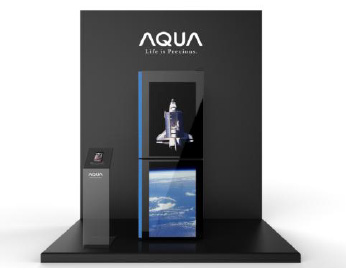